Trial Summary – The Effect of Orego-Stim on Broilers Infected with E.Coli

An independent trial was conducted by El-Ghany and colleagues (2014), University of Cairo, Egypt, where 200 Hubbard chicks were randomly assigned in equal numbers to one of 5 groups:

1On day 14 of age, each broiler in the challenged groups was inoculated intramuscularly with 0.5ml of a nutrient broth culture containing 108 CFU E. coli O78/ml. Treatment duration was 5 consecutive days, from 14-18 days of age. 2Fluoroquinolone antibiotic.

Body weights of all broilers were measured weekly. To test humoral immune response, broilers in all groups were inoculated intramuscularly, at 3 weeks of age, with an injection containing 5% washed sheep red blood cells, 0.5ml/bird. Haemagglutinating inhibiting (HI) antibody titers were measured at 4, 5 and 6 weeks of age. 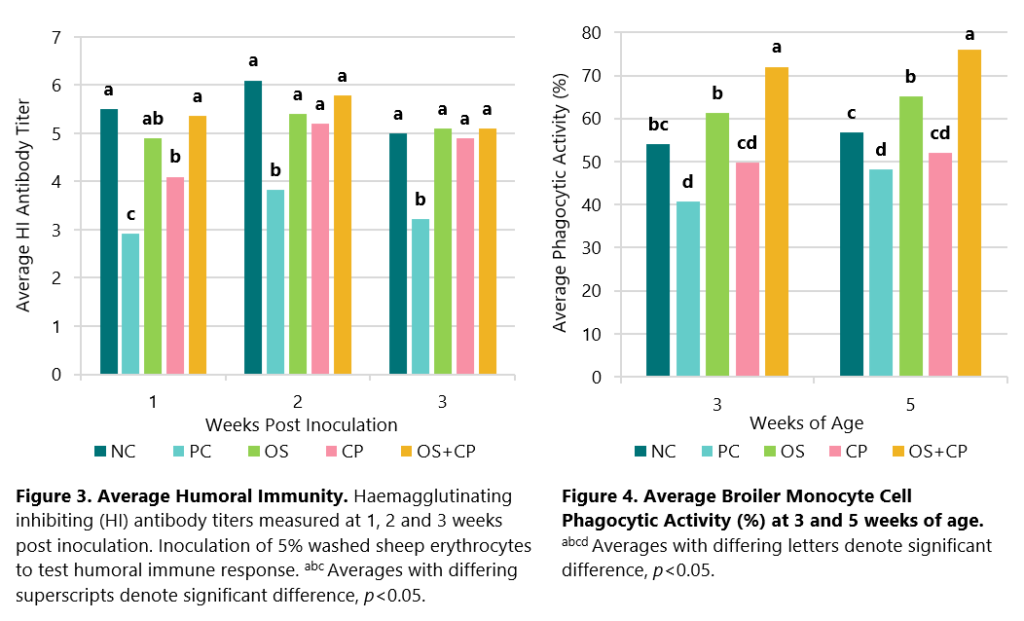