The Histomonas outbreak occurred in one section of a free-range laying farm in the UK, comprising two houses (1 and 2) containing approximately 16,000 Lohman hens each. Laying in both houses commenced at 20 weeks. Orego-Stim (OS) was introduced in the feed at 600g/t for 4 weeks in week 32. At week 37 OS inclusion was reduced to 300g/t. Egg production (EP) and mortality were monitored throughout. 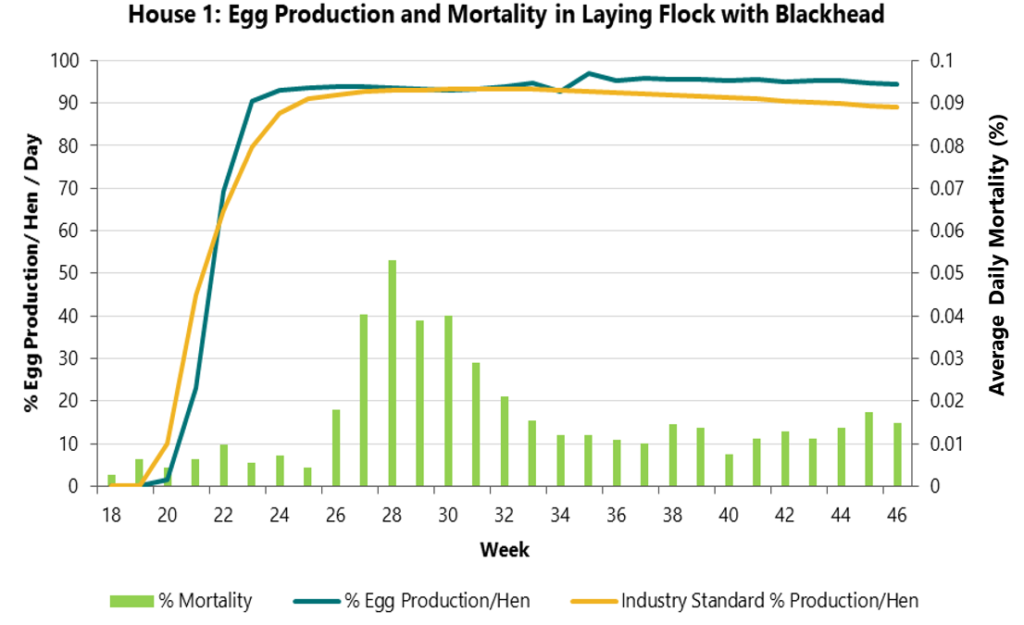 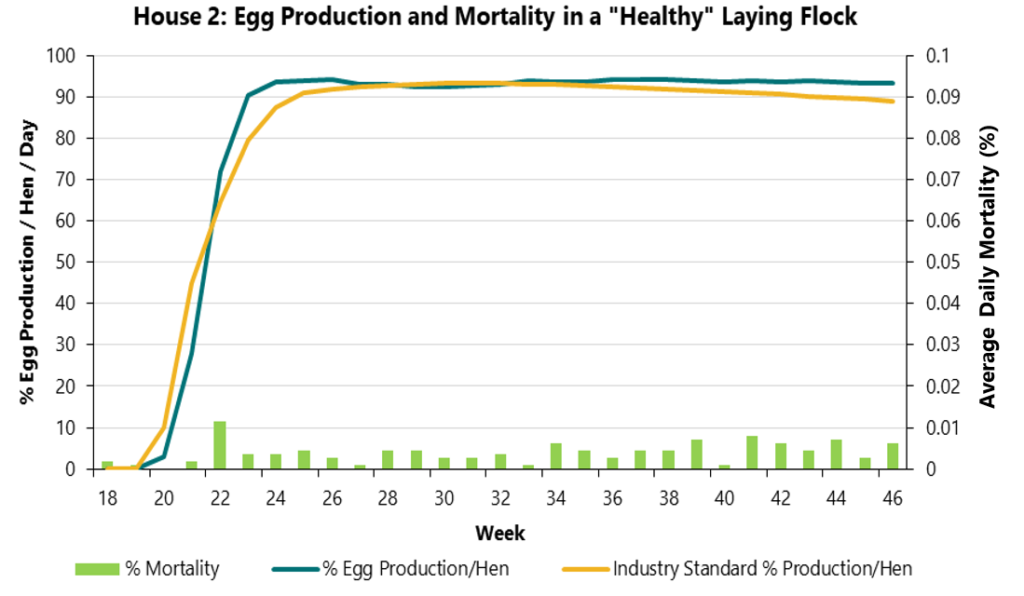