An independent trial was conducted by the University of Arkansas (USA) using 560 male Cobb 500 chicks from day-old to 56 days old. The aim of the trial was to determine whether Orego-Stim can reduce lameness through improved gut health and antibacterial action. Birds were randomly allocated to either Control diet, or Orego-Stim (500g/t) supplementation, with 4 replicates per treatment. Birds were housed in pens with wire flooring to aid a pre-disposition to BCO. On day 20 and 21, birds were exposed to S. agnetis (105 cfu/ml) in drinking water. Lameness was recorded daily from day 22 to 56. Body weights of 20 healthy birds per treatment were recorded on day 56. Healthy birds were identified by walking behaviour and absence of any behavioural signs of lameness. 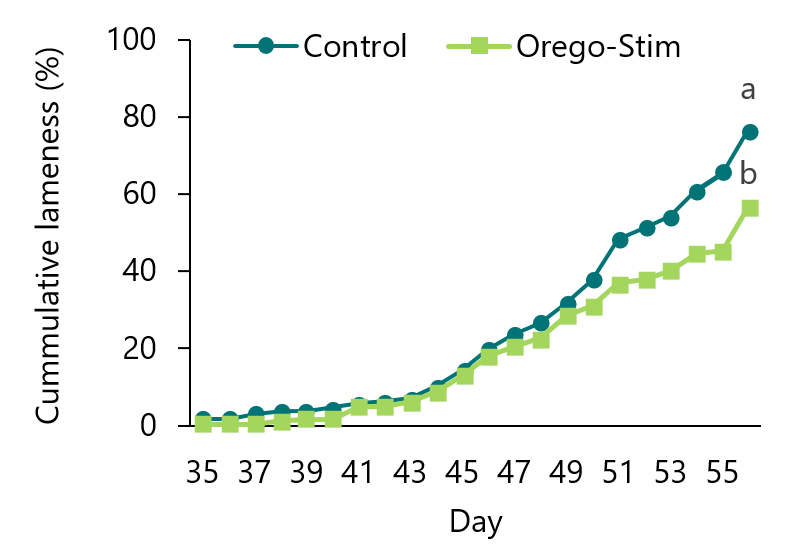 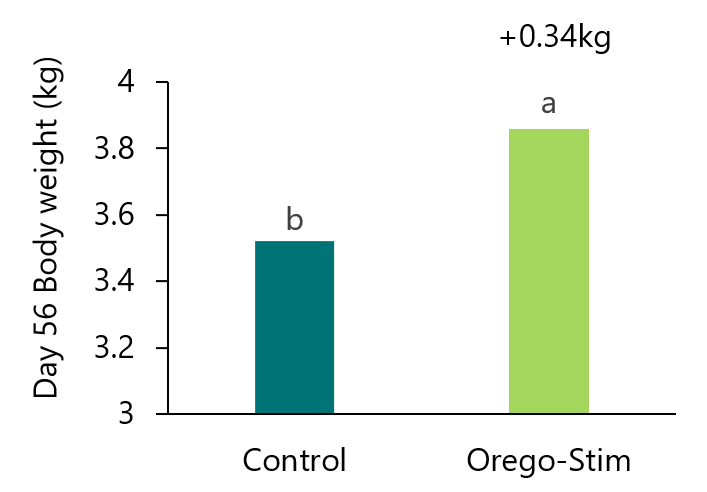