A study was conducted with the University of São Paulo, Brazil whereby 64 Cobb 500 broiler breeders were randomly allocated to 1 of 2 treatments at 25 weeks of age; control diet (control); and control diet with Salkil included at 2kg/t (Salkil), with 8 replicates of 4 birds in each pen. The diets were fed from 25 to 45 weeks of age. At 45 weeks birds were inseminated and eggs were collected and incubated to evaluate the effect of treatment on egg quality, fertility and hatchability (of fertile eggs). A further study was then run to investigate any effects on the progeny. 240 chicks (120 from each treatment: 8 reps of 15 chicks per pen) were reared as commercial broilers from day old until 42 days of age and fed standard control diets with no feed additives. Feed intake, weight gain and feed conversion ratio (FCR) were measured. 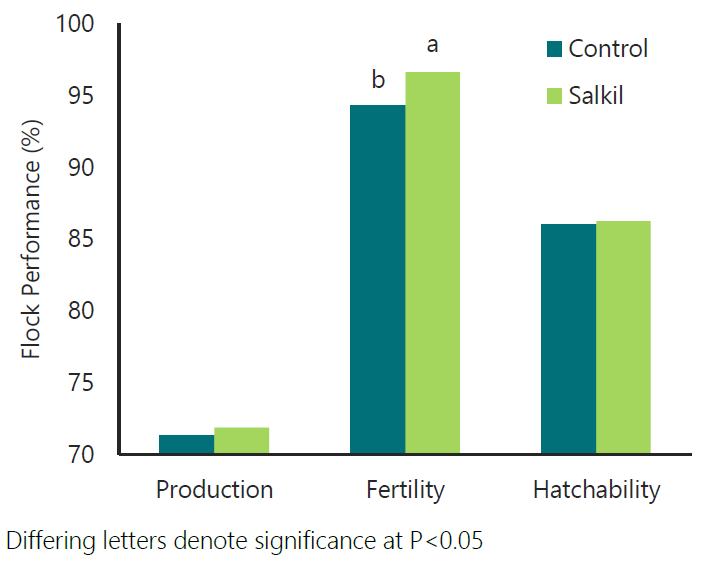 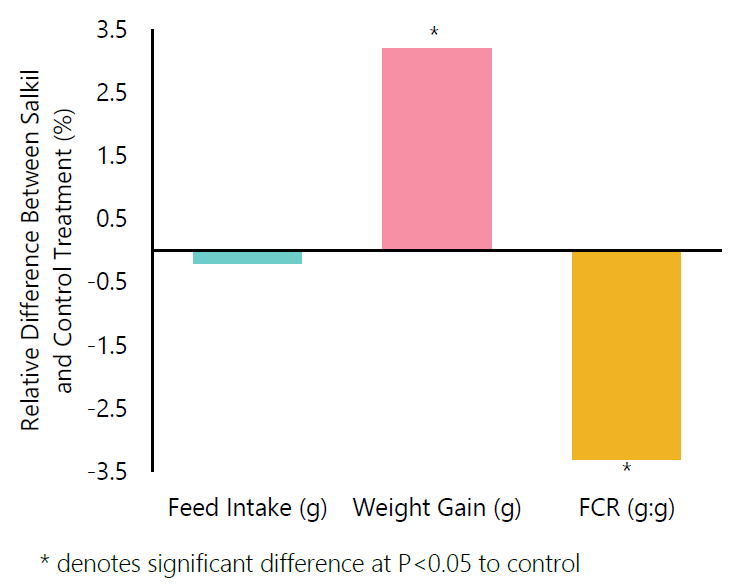 Figure 2. Percent difference between treatments in progeny at 42 days old