Trial Summary – pHorce Is Effective Against Salmonella In Fish Meal

The moisture content of a sample of fishmeal was determined and the sample was then sterilised by the addition of steam to ensure that there were no indigenous bacteria in the sample, and allowed to cool. The moisture content was again determined and readjusted to its original level (by oven drying). The fishmeal was mixed thoroughly using a laboratory roller. 50 replicates of 400g aliquots of fishmeal were allocated to 7 treatment groups in a 7x7x6 experimental design (table 1). Each of sample were inoculated with a diluted sample of a specific Salmonella serotype culture isolated from naturally contaminated feed with the exception of S. cerro, which was purchased from external sources. Three 10g samples from each treatment were analysed for Salmonella colony forming units (cfu) on day 1, 2, 3, 7, 14, 21 and 28.

Table 1. Sample number and pHorce content in each sample.

To study the effect of moisture content on the survival of Salmonella in treated meal 2 aliquots of 400g were given additional moisture contents of approximately 2% and 5% above the initial level. These samples were mixed in the same way as described above to ensure even distribution and the moisture contents of the samples were measured. The samples were allocated to 7 treatment groups in a 7×7 experimental design (table 1). S. seftenberg was chosen as the test organism for this trial as it showed more resistance to pHorce treatments in previous tests. Three 10g samples from each treatment were analysed for S. seftenberg colony forming units (cfu) on day 1, 2, 3, 7, 14, 21 and 28. 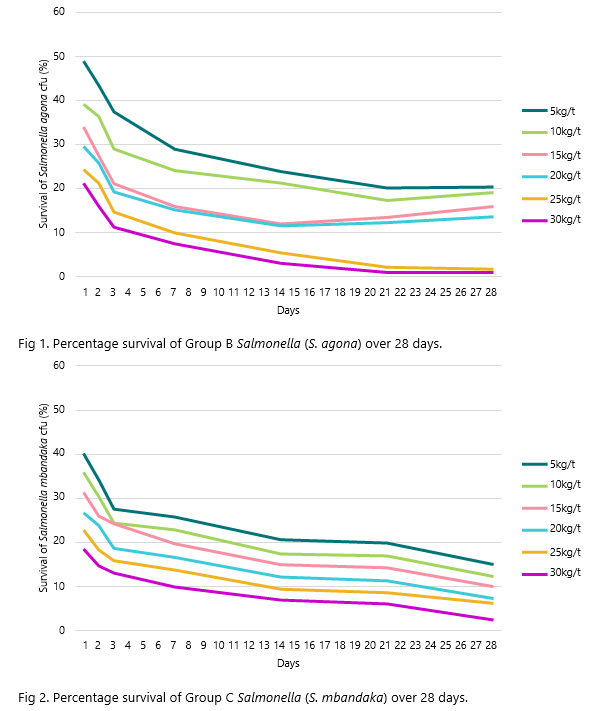 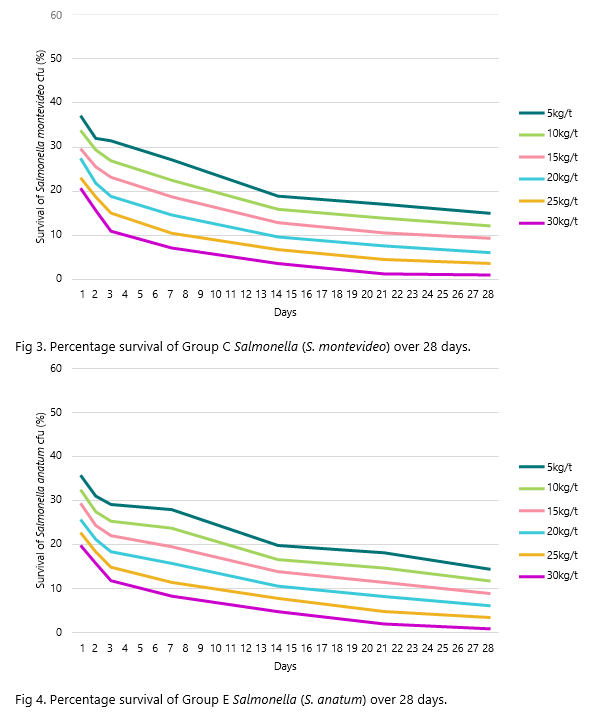 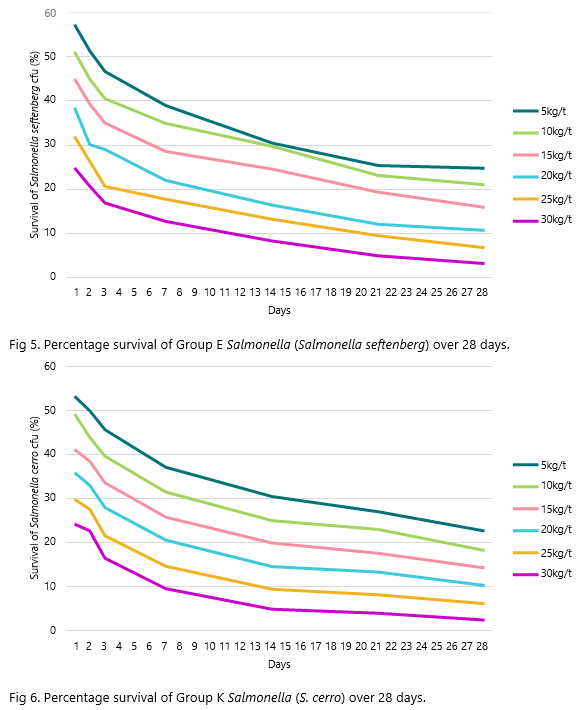 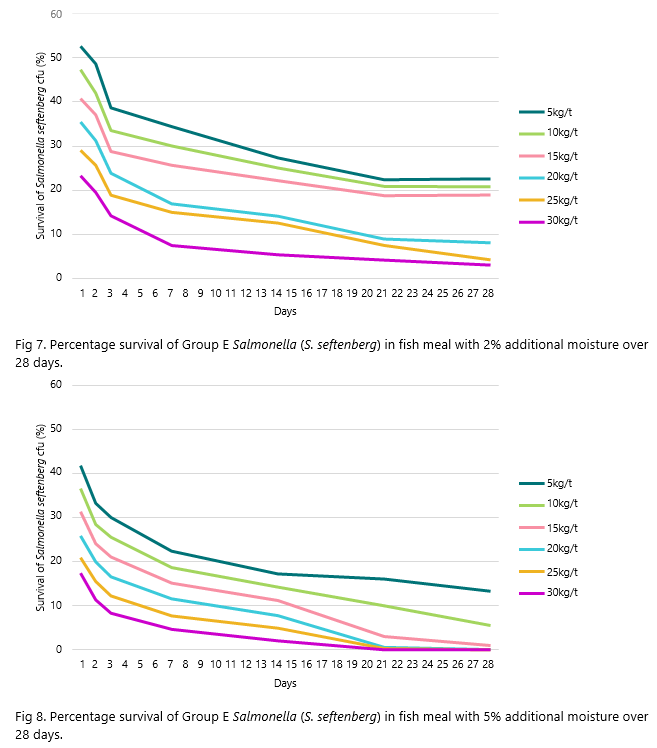