A study was conducted at Southern Poultry Research Inc, Georgia, USA for a total of 9 days. A total of 512 female turkey poults were obtained at day-old and reared in coccidia-free battery cages until 14 days of age. At 14 days, poults were assigned to treatment cage with ad libitum access to feed and water. At 16 days of age, each poult was challenged orally with a 1ml mixed coccidial inoculum. At 23 days of age, 9 poults were weighed and faeces were collected from all cages and examined for the number of oocysts/g faeces (OPG).

Treatment groups were as follows: 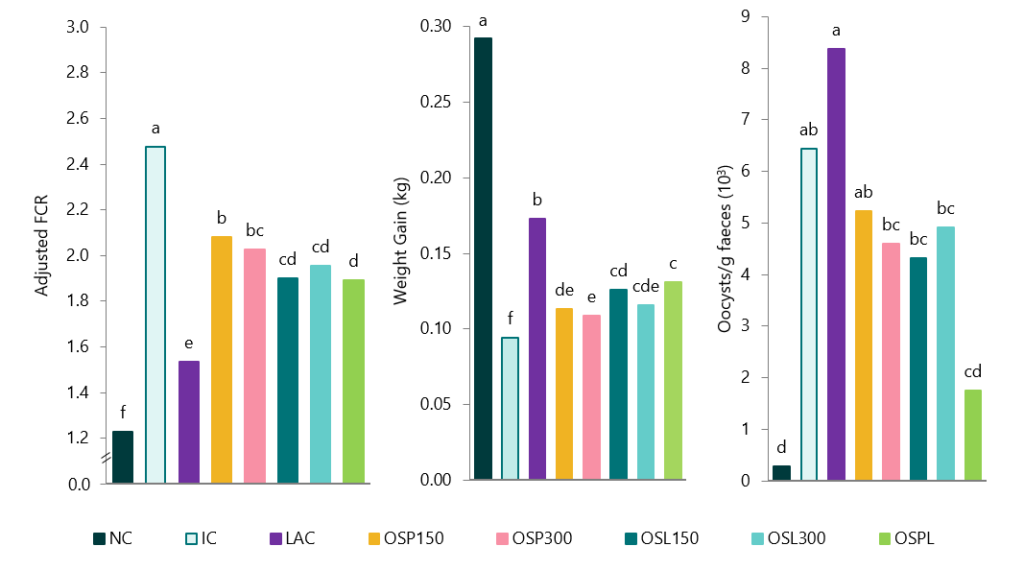