An independent trial was conducted at the Roslin Institute in the UK. 250 Ross 308 day-old chicks were allocated to one of five treatments (Table 1) with four replicates of 12–13 birds per treatment. The birds and feed were weighed weekly. Birds were slaughtered at 14 days and the right leg was removed for bone quality analyses. Total weight gain and tibia breaking strength are shown in results for brevity.

Table 1. Oil inclusion in the diets expressed in kg per tonne. 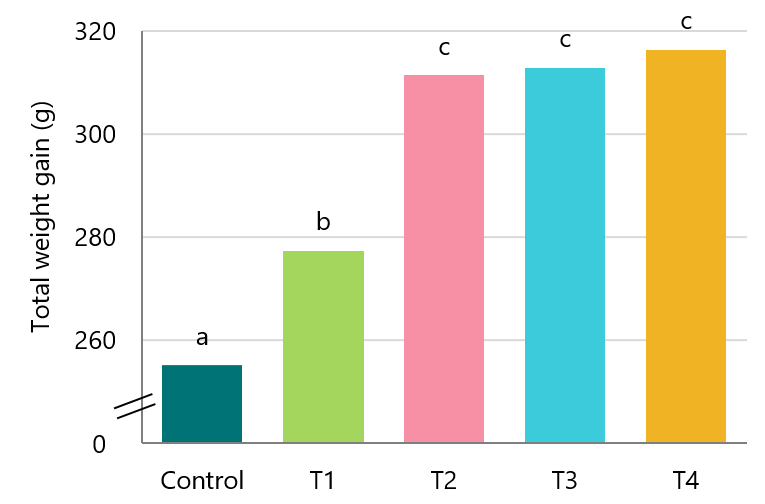 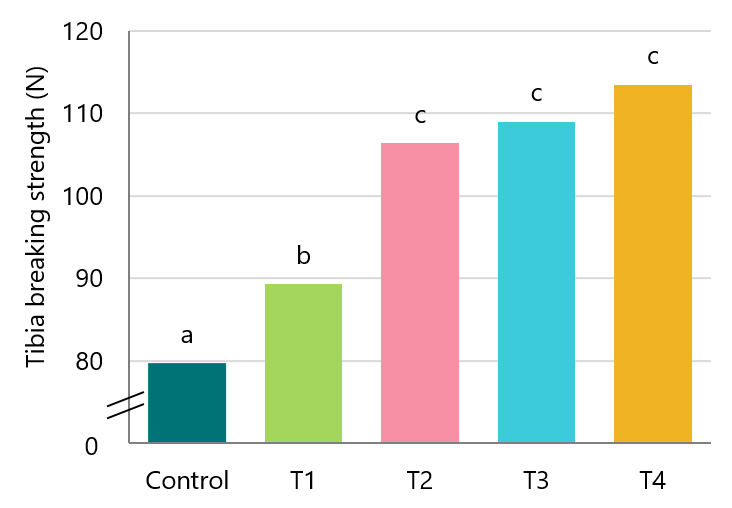