An independent in vivo trial was conducted by Alimetrics (Finland), to assess the potential of Anpro to bind aflatoxin B1 in broilers. 240 male broilers (Ross 308) were allocated to one of three treatments, with 8 pens per treatment and 10 birds per pen.  Birds were fed a standard commercial broiler starter (0-14 days) and grower diet (15-35 days) spiked with 5µg/kg aflatoxin B1 in the starter and 20µg/kg in the grower diets.  The three treatments had either no Anpro, 0.5kg/t Anpro included or 1.0kgt Anpro included.  Narasin was included as a coccidiostat in all diets.  At day 35, blood and liver samples were collected and analsyed for aflatoxin B1. 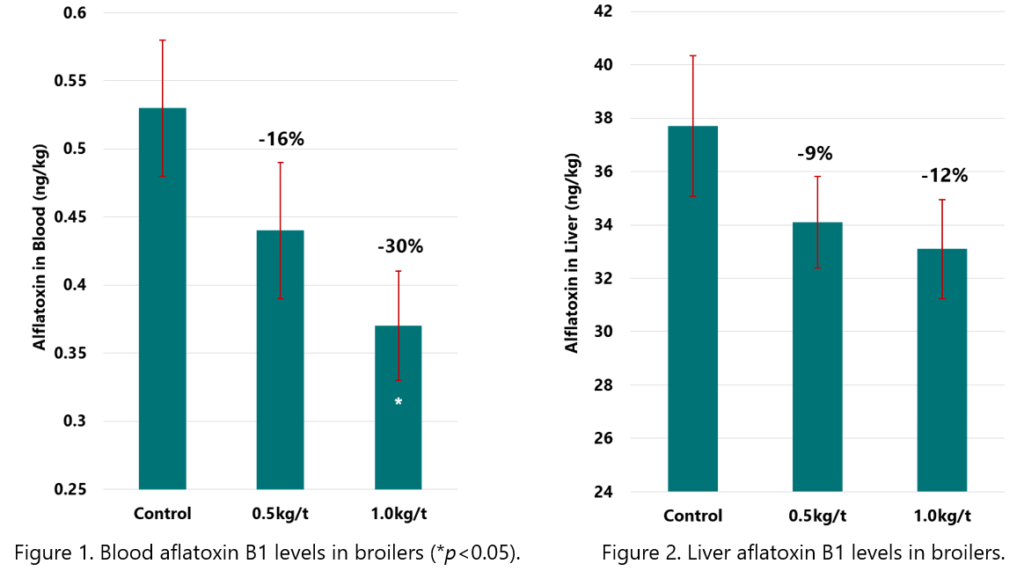